When Russian President Vladimir Putin claimed that Russia’s unprovoked military invasion of Ukraine was launched to pursue the “de-Nazification” of Ukraine, it evoked a level of “gaslighting”—attempting to make others question their own reality—that has come to define the Kremlin’s approach to geopolitics. Just as Russia bombed hospitals in Aleppo and casually blamed the atrocities on “terrorists,” Moscow now seeks to stoke the flames of transnational far-right extremism and violence in support…... Speaking in Abuja last fall, U.S. Secretary of State Antony Blinken implored African governments to enact reforms in response to their citizens’ demands for better governance. The ongoing crises in Ethiopia, Sudan, and Burkina Faso together with recent allegations of Nigerian police brutality and a growing awareness of the connections between weak or failed governance and terrorism and other political violence across the continent underscore the need for change. Communities across Africa…... The Capitol Insurrection in the United States on January 6, 2021, sent shockwaves around the world. From London to Canberra, and Ottawa to Auckland, millions watched as a mob of far-right violent extremists stormed the U.S. Capitol seeking to overturn the results of a free and fair presidential election that had already been certified many times as both legitimate and credible. Dozens of Capitol Police officers were injured and attacked with racist…... The Road to 9/11 and the Dangers Ahead

Twenty years ago, in the fall of 2001, having already spent years chasing Osama bin Laden, I found myself near Kabul, standing in one of the al-Qaeda leader’s safehouses—or what remained of it. Intense coalition bombardment had reduced the building to rubble. Together with my fellow investigators, I sifted through the remains, looking for evidence that might lead us to the al-Qaeda leader or his lieutenants. Toward the end of our search,…... Over the past twenty years, al-Qaeda has proven to be resilient and adaptive in its efforts to survive the Global War on Terror (GWOT). Twenty years after the attacks of September 11, 2001 in the United States, perpetrated by al-Qaeda, the organization looks much different than it did at the time. “We are no longer dealing with the same terrorist threat, or even the same al-Qaeda, as we did on September 11,”…... In his final briefing to the United Nations Security Council in May 2021, the Special Adviser and Head of the United Nations Investigative Team to Promote Accountability for Crimes Committed by Da’esh/ISIL (UNITAD), Karim A.A. Khan QC, highlighted their finding of “clear and convincing evidence” that ISIL attacks against the Yazidi community in Sinjar constituted genocide; additional details regarding war crimes and incitement to genocide in connection with mass executions at Tikrit…... In a post-9/11 world, the international community has devoted significant attention and resources to countering the financing of terrorist groups. For the most part, over the past twenty years this attention has focused on curbing the financial activities of Salafi- jihadist groups like al-Qaeda and ISIS. While the UN’s 1267 Sanctions Committee was founded in 1999, its primary focus was the Taliban. It wasn’t until a_er al-Qaeda’s deadly attack on September 11th…... In the two decades following the terrorist attacks of September 11, 2001, the international community has largely focused on countering the terrorist threat posed by groups like al- Qaeda and later, the so-called Islamic State (ISIS), and their respective affiliates around the world. In addition to efforts to degrade the groups and deny them control over territory and resources, policymakers and practitioners also turned to understanding the strategic communications of such groups…... Terrorism and Counterterrorism in Southeast Asia: Emerging Trends and Dynamics

In the last three years, Indonesia and the southern Philippines have seen something new: women carrying out suicide bombings – some with their husbands, some with their children, and some avenging slain husbands – targeting churchgoers, police officers, and soldiers.1 In Malaysia, during the May 2018 general election, a 51-year-old housewife planned to use a car filled with gas canisters and explosives to mow down voters at a polling station, raising the…... The Decade of Defiance & Resistance: Reflections On Arab Revolutionary Uprisings And Responses From 2010 – 2020

The dynamics fostered by the wars and revolutions plaguing many Arab states today represent the most consequential national transformations since World War I, culminating in a period of civilian defiance and resistance that was especially distinct between 2010 – 2020. Despite being pauperized by predatory governments, citizens have challenged their heavily militarized states, emerging to fight battles that have been brewing for decades. Both the protesting citizens in the streets and the…... Quantifying The Q Conspiracy: A Data-Driven Approach to Understanding the Threat Posed by QAnon

A May 2019 intelligence bulletin from the Federal Bureau of Investigation’s (FBI) Phoenix office labeled conspiracy theories as a domestic terrorism threat for the first time. The bulletin mentioned QAnon by name specifically and described the broader movement of “conspiracy theory-driven domestic extremists” as deserving particular attention. “Conspiracy theories promoting violence” was designated one of the most serious aspects of the domestic violent extremism threat in a recently released unclassified report by…... A Way Forward With Iran? Options for Crafting a U.S. Strategy

Any discussion of a Biden administration strategy on Iran must begin with an analysis of how previous U.S. administrations have approached the threat posed by Iran. From the very start of the Islamic Republic forty-one years ago, U.S.-Iran relations have been fraught with mistrust, animosity, threats, and occasional active hostilities, but interspersed with periods of negotiation and even tacit cooperation in selected circumstances. Yet, none of the Iran strategies pursued by seven…... 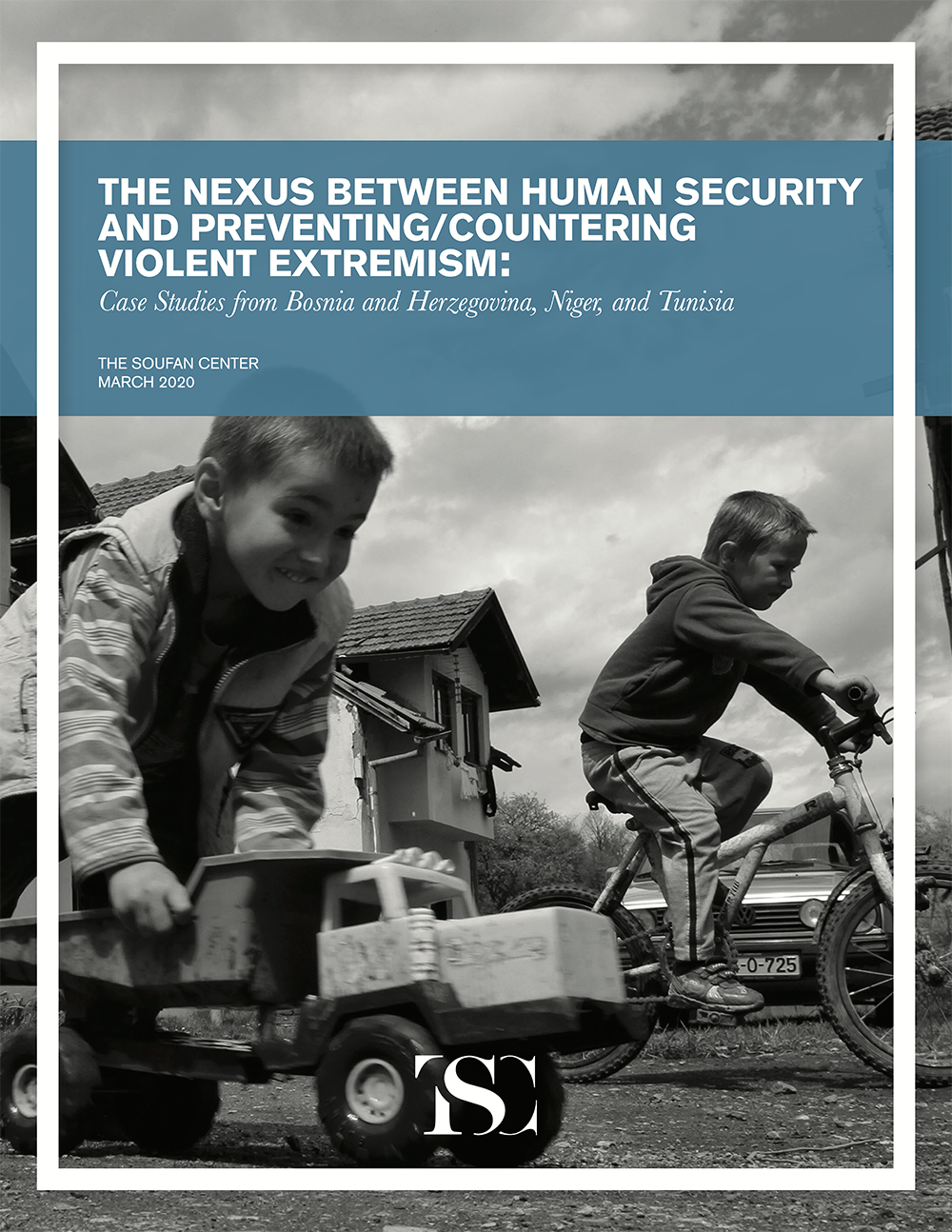 This report demonstrates that Iran’s regional strategy is sophisticated, intricate, and nimble. Whereas Iran’s primary method of operations in the region is to support armed factions and pro- Iranian governments financially, politically, and militarily, it is a mistake to reduce Iran’s strategy to “supporting terrorism.” Officials and experts who analyze Iran’s efforts as supporting terrorism alone risk underestimating the degree to which Iran’s overall grand strategy has succeeded, and in fact frustrated…... Seventeen years after the 9/11 attacks, al-Qaeda has survived, due in large part to a deliberate strategy focused on gaining the support of the masses by “going local.” Al-Qaeda in the Indian Subcontinent (AQIS), the youngest affiliate of al-Qaeda, is in many ways the realization of that new strategy. Western counterterrorism circles are slowly recognizing the viability of al-Qaeda’s reach into South Asia, as AQIS appears to be building its capabilities throughout…... The Forgotten War: The Ongoing Disaster in Yemen

The humanitarian and security catastrophe in Yemen may result in a global security crisis, as the country further devolves into sectarianism and violent groups gain even stronger footholds. Both the security and humanitarian crises must be considered together, as the lack of attention to one will almost certainly aggravate and increase the other…...

Beyond the Caliphate: Foreign Fighters and the Threat of Returnees

As the so-called Islamic State (IS) loses territorial control of its caliphate, there is little doubt that the group or something similar will survive the worldwide campaign against it. As long as the conditions that allowed the group to exist in the first place remain, IS or something like it will survive. The threat will mutate…... As the Syrian civil war marks its sixth anniversary in March 2017, the plight of Syrian civilians who have been forced to flee their home country over the past six years continues to worsen. The debate around how to most effectively confront the Syrian refugee crisis revolves around an essential question of international security…... In a new, in-depth report, The Soufan Group (TSG) examines the security implications of continued instability in Libya. Four years after the revolution that toppled Muammar Qadhafi, the security situation in Libya remains volatile. The lack of centralized control has allowed criminal and violent extremist groups to flourish, including al-Qaeda and the Islamic State.... In June 2014, The Soufan Group (TSG) released its initial Foreign Fighters in Syria report, which identified approximately 12,000 foreign fighters from 81 countries. Nearly eighteen months later, despite sustained international effort to contain the Islamic State and stem the flow of militants traveling to Syria, the number of foreign fighters has more than doubled…... The self-styled Islamic State is an accident of history, emerging from multiple social, political, and economic tensions in the Middle East and beyond. It has challenged the territorial divisions imposed on the region following the collapse of the Ottoman Empire by carving out for itself a large area of territory.... Over 12,000 fighters from at least 81 countries have joined the civil war in Syria, and the numbers continue to grow. Around 2,500 are from Western countries, including most members of the European Union, the United States, Canada, Australia, and New Zealand. There are also several hundred from Russia. But the great majority are from the Arab World. Most are fighting with rebel groups, and increasingly with the most extreme among them…...