Intelbrief / IntelBrief: The Incalculable Costs of the Iraq War

IntelBrief: The Incalculable Costs of the Iraq War 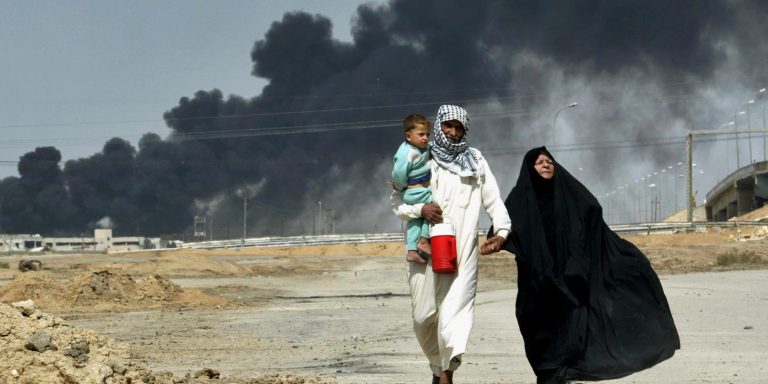 On March 20, 2003, the United States began its military campaign in Iraq to topple the regime of Saddam Hussein and reduce the threat that Iraq posed to the U.S. and the region. The threat to the U.S. was inflated and distorted, with the issue of weapons of mass destruction (WMDs) and the specter of state-sponsored terrorism presented to the public as casus belli. The war removed the threat of Saddam—a very real threat to the Iraqi people and the region—but created a new threat, that of terrorism for the U.S. and others. 15 years on, the U.S. is still fighting the Iraq war; now it just goes by other names.

The financial costs of the Iraq War for the U.S. are difficult to accurately assess, given how the budgets are created with emergency funds and the costs in other military operations that are directly linked to the original invasion– such as the current coalition to fight the so-called Islamic State. A 2013 study by the Costs of War Project at the Watson Institute for International Studies at Brown University assessed that the Iraq war had cost the U.S. $2 trillion, a figure that would balloon to $6 trillion over the next four decades when interest and health care costs get factored in. Those figures do not include the ongoing costs of fighting the Islamic State in Iraq and in Syria, or the massive costs associated with counterterrorism in the U.S. and elsewhere to fight the persistent risk of Islamic State terror attacks and plots.

The human costs are even harder to assess. The U.S. lost 4,424 service personnel in Operation Iraqi Freedom, and another 31,952 were injured, many quite severely. The U.S. has been struggling to provide adequate health care to veterans of the Iraq War. The hidden costs of lives negatively impacted by post-traumatic stress disorder (PTSD) are impossible to quantify but are devastating. Estimates of Iraqi civilians killed in the war range from 180,807 to 202,757 according to the site ‘Iraq Body Count’ that works to provide accurate accounting of deaths related to the war. The personal and emotional costs to Iraqis are beyond measure–and are ongoing. The destructive toll the war took on communities was repeated again with the rise and then fall of the Islamic State.

The repercussions of the original invasion have not faded in the 15 years since the U.S. kicked-off the war with ‘Shock and Awe’ and expectations of a quick victory. The region is far less stable and safe than it was on March 19, 2003—though the removal of the violent and repressive Saddam regime undoubtedly helped large parts of the Iraqi population. The threat and the reality of terrorism is also far greater in the region and beyond, the exact opposite of what was intended with the invasion. Yet, polls show that some Americans still believe that the Iraq war was justified and that the mistruths posited by the Bush administration about Saddam Hussein’s nuclear weaponry and WMDs were not simply warmongering to get a nation on board with invading Iraq, but the truth. We are in danger now of repeating this pattern with Saudi Arabia and Iran. There are those in the Trump administration who are intent on countering Iran’s influence by force. Presenting a picture of an unstoppable Iran and giving concessions to Saudi Arabia on nuclear technology would give the world a new Iraq war–this time in Iran.

There has been no accountability for the Iraq war. Those who outright lied or bent the truth beyond recognition in order to achieve their geopolitical aims, and even those who were simply gravely mistaken in their analysis of the threat Saddam Hussein posed to the global community, have never been held to account. This is the outcome: a war that decimated a population and gave rise to terrorist groups– and came at an incalculable cost to the American military. The reality of what happened in both Washington and Iraq should be front-of-mind on March 20, 2018, so that future operations are undertaken with far greater care and accountability.