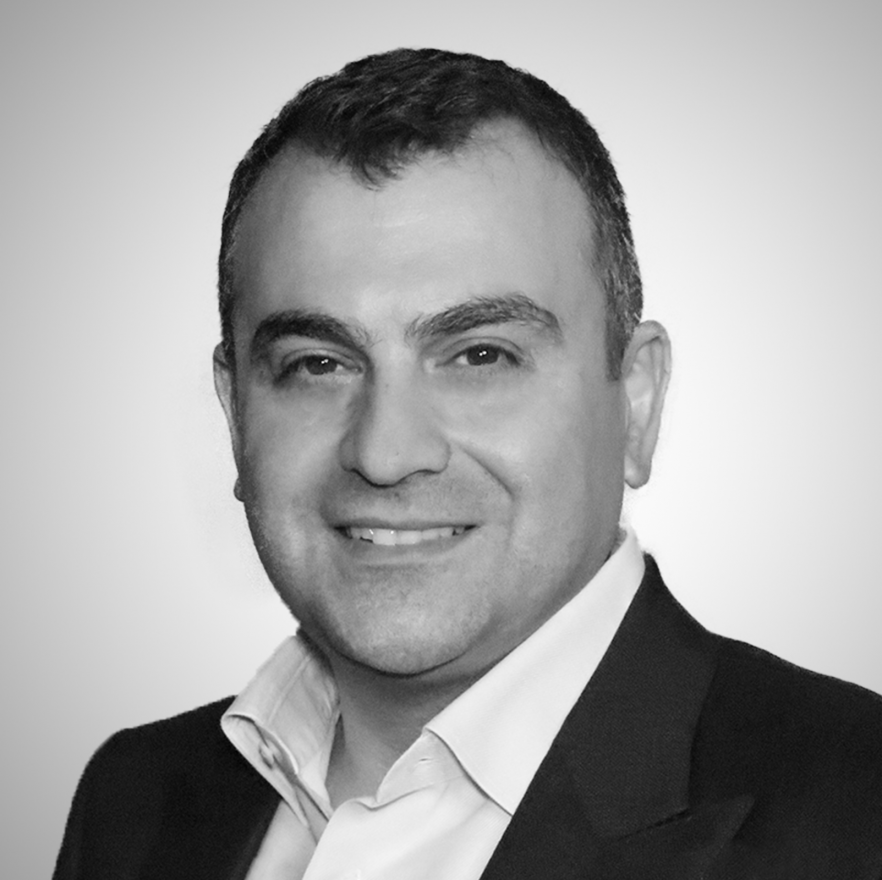 Ali Soufan is the Founder of The Soufan Center and Chief Executive Officer of The Soufan Group. A leading national security and counterterrorism expert, he plays a significant advisory role in global intelligence and geopolitical issues. As an FBI Supervisory Special Agent, he investigated and supervised complex international terrorism cases, including the East Africa embassy bombings, the attack on the USS Cole, and the events surrounding 9/11. He is the author of Anatomy of Terror: From the Death of bin Laden to the Rise of the Islamic State (2017), winner of the Airey Neave Book Prize, and the New York Times bestseller The Black Banners: The Inside Story of 9/11 and the War Against al-Qaeda (2011), winner of the 2012 Ridenhour Book Prize. On its original release in 2011, many of the most significant passages in the book were redacted; now, after a decade of legal wrangling, the full story can at last be told in The Black Banners (Declassified): How Torture Derailed the War on Terror after 9/11 (2020).

Ali Soufan had a distinguished career in the FBI, including serving on the Joint Terrorism Task Force, New York Office, where he coordinated both domestic and international counterterrorism operations. He often operated out of hostile environments and carried out sensitive extraterritorial missions and high-level negotiations, and he has received numerous awards and commendations for his work. These include the FBI Director’s Award for Excellence, the Respect for Law Enforcement Award for “relentless pursuit of truth and bringing terrorist subjects before the bar of justice,” and a commendation from the U.S. Department of Defense that labeled him “an important weapon in the ongoing war on terrorism.”

Mr. Soufan has testified before the U.S. Congress, presidential commissions, and the British Parliament’s Home Affairs Committee, and he has appeared as an expert panelist and guest speaker at international security forums, both in the United States and abroad, as well as before the United Nations Security Council. He is an ardent and outspoken critic of the use of torture and has testified against the efficacy of those techniques, including before a 2009 Senate Judiciary Committee. Mr. Soufan has also been featured in books, films, television series, newspaper articles, and documentaries across the globe. He has contributed to and been interviewed by 60 Minutes, Frontline, The New Yorker, Washington Post, New York Times, Wall Street Journal, Straits Times, Der Spiegel, and Al-Jazeera, and he has appeared on CNN, MSNBC, Fox News, and the BBC, among other major media outlets. His work has also been detailed in several nonfiction books, including The Looming Tower, by Lawrence Wright, which was adapted into a 10-part Hulu series in 2018. In 2019, he was featured as a character in the Amazon Studios film The Report, which looked at America’s dark history surrounding the use of torture following the September 11 attacks. He has also appeared in several documentary films, including Netflix’s Turning Point: 9/11 and the War on Terror and HBO’s The Forever Prisoner.

Mr. Soufan also serves as the Executive Director of the Qatar International Academy for Security Studies (QIASS) and presides over The Soufan Center’s annual Global Security Forum.   In 2021, Mr. Soufan was appointed to serve as a Special Adviser to the Prosecutor of the International Criminal Court (ICC). He is a Board Member of the James W. Foley Legacy Foundation and a member of the McCain Institute for International Leadership’s Global Advisory Council. In 2020, he was awarded the James W. Foley Legacy Achievement Award, A Profile In Moral Courage for his work for Americans held hostage abroad. He is an honors graduate of Mansfield University of Pennsylvania, where he received his undergraduate double degree in International Studies and Political Science, minoring in Cultural Studies and Anthropology. He received a Master of Arts in International Relations from Villanova University, graduating magna cum laude. He speaks fluent English and Arabic. How Torture Derailed the War on Terror after 9/11 FBI Investigator for 9/11: "Our World Is In More Danger Now"

In Conversation: Can U.S. Handle A Rising White Supremacy Extremism?

Ali Soufan On Rooting Out Extremism: Dealing With Jihadis Taught Us “What Not To Do" The Terrorism Threat is Entering a New, More Dangerous Phase Next in Line to Lead al-Qa`ida: A Profile of Abu Muhammad al-Masri Coronavirus and Homeland Security Part Nine: Extremism During The Pandemic

“The Evolving Nature of Terrorism and the Current Groups Around the World which Pose the Greatest Threats to the National Security of the United States” Testimony of Mr. Ali SoufanBefore the Committee on Financial ServicesSubcommittee on Terrorism and Illicit Finance Remarks by Mr. Ali H. Soufan

Testimony of Mr. Ali Soufan Before the Senate Judiciary Committee 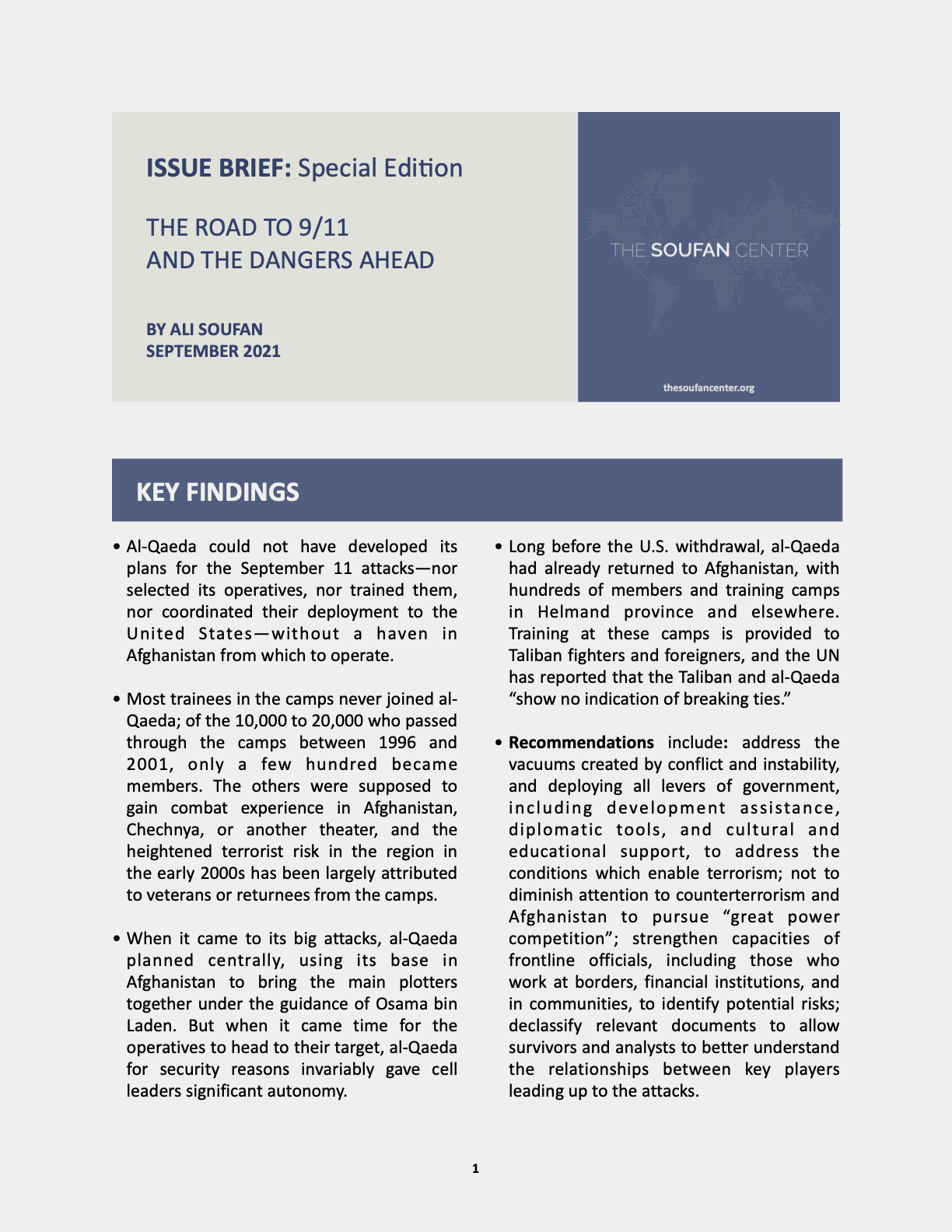