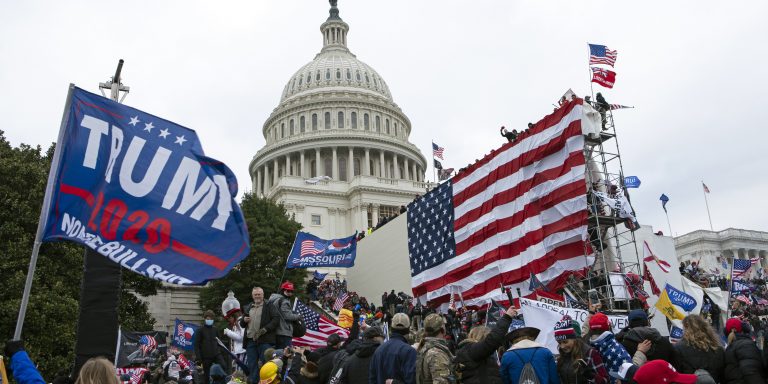 Although the Capitol insurrection of January 6, 2021, did not fuel a wave of violence, it has left an indelible scar on political processes and discourse in the United States, which is still struggling to deal with the fallout from that day.The absence of widespread violence is partly due to the proactive measures taken by law enforcement and criminal justice authorities to investigate, arrest, and prosecute those individuals who committed crimes related to the attempted overthrow of the U.S. government. As of January 2023, more than 950 individuals linked to the Capitol attack had been arrested and charged with crimes, according to a recent press release from the Department of Justice. Yet, despite the best efforts of the January 6th Committee, which outlined in painstaking detail the role played by former U.S. President Donald Trump and his allies in provoking the insurrection, none has been held accountable for their actions. Accordingly, there is little incentive to cease spewing divisive rhetoric, even as the Department of Homeland Security has repeatedly warned of a heightened threat environment The rhetoric has been far from harmless; rather, it has visibly corroded the electoral process by introducing doubts about the validity of the system. In an era of disproportionate noise-to-signal ratios, exacerbated by social media and encrypted chat rooms, there is a growing recognition that the most nefarious threat could emanate from the so-called “dogs that don’t bark.” In other words, there are widespread fears within the intelligence and law enforcement communities of an Oklahoma City-style domestic terrorism attack targeting U.S. government employees and facilities.

The Biden administration has made genuine and laudable strides in combating domestic terrorism, formulating a strategy that encompasses four pillars: understanding and sharing domestic terrorism-related information; preventing recruitment and mobilization to violence; disrupting and deterring domestic activity before it can metastasize; and attempting to deal with some of the core drivers, including polarization, disinformation, and the spread of violent conspiracy theories. However, there is no consensus in sight regarding domestic terrorism legislation that would give the Federal Bureau of Investigation (FBI) and other government agencies important tools and resources needed to properly counter the threat in its various manifestations. Lawmakers cannot even agree on who was to blame for the insurrection, with far-right members of Congress incredulously asserting that January 6th was a “false flag” operation orchestrated by “Antifa” and “radical Leftists,” despite all the evidence brought forth since. Rampant disinformation and conspiracy-mongering have supplanted civil discourse and data-driven analysis.

Few terrorism analysts remain sanguine that the underlying threat has receded. The individual who placed pipe bombs outside of both the Republican and Democratic party headquarters, respectively, has still not been identified. Furthermore, the QAnon conspiracy movement that inspired numerous individuals to attack the Capitol has evolved and continues to motivate real-world acts of violence and sow doubts about the credibility of the electoral system in the U.S. On the other hand, militia violent extremists who were present in large numbers on January 6th, including the Oath Keepers and the Three Percenters, have assumed a far lower public profile, preferring instead to drop off the radar in an effort to avoid further scrutiny or penalty.

The broader far-right ecosystem, from which many of the most radicalized insurrectionists emerged, continues to produce domestic terrorists that threaten the safety and security of American citizens, especially minority communities. In May 2022, a far-right terrorist killed ten people in a Buffalo grocery store, deliberately selected because it was located in a predominantly African American neighborhood. In addition to racially and ethnically motivated violent extremists (REMVE), anti-government and anti-authority violent extremists remain a top-tier threat to U.S. government entities, law enforcement personnel, and members of the U.S. military.

Many terrorism analysts abroad consider that the United States has become a net exporter of anti-government and anti-authority extremism, inspiring and motivating sympathizers in many countries around the world. The events and narratives of January 6th have become a rallying cry and symbol for accelerationists and violent extremists abroad. From Latin America to Europe, citizens have sought common cause with U.S.-based extremists, latching on to a litany of far-right grievances in an effort to promote anti-government sentiment in their home countries. Reflecting the transnational nature of the threat, UN Secretary-General António Guterres recently published his first report on the rising international threat of far-right terrorism, highlighting the threat perceived by many states and the potential to address them through multilateral cooperation. Echoing TSC research and analysis, Avril Haines, the U.S. Director of National Intelligence (DNI), said that although the U.S. intelligence community has not yet identified an “operational nexus” between domestic violent extremism in the U.S. and foreign actors abroad, there is “a social media kind of ideological nexus.” There are concerns that this dynamic could change, especially if malign state actors such as Russia – particularly after the boasts of Yevgeny Prigozhin, reportedly the head of the private military company, the Wagner Group, of interfering in US elections - actively promote linkages and connections between far-right extremists globally.