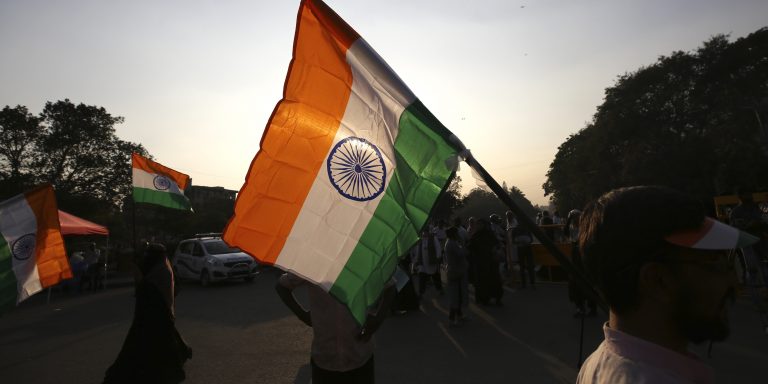 On August 15, 2021, as India was celebrating its 74th anniversary of winning freedom from British rule, not so far from its north-western borders, the Taliban were triumphantly marching into Kabul. The Taliban’s victory poses significant challenges to many countries in the region, including India. Beyond the narrative of the failure of the United States to ever articulate a coherent strategy in Afghanistan, the shameful withdrawal of corrupt Western-backed Afghan elites and the immense geostrategic ramifications, the Taliban takeover of Afghanistan will likely have severe political, economic, and security implications for New Delhi. India’s influence in Afghanistan, painstakingly cultivated over the last two decades by supporting the US-backed Kabul government, seemingly vanished overnight. Prior to the fall of Kabul, Afghanistan had emerged as a critical node for India's economic interests in Central Asia and Iran.

India formed deep political and economic ties with the previous Afghan government and emerged as one of the most influential regional players in Afghanistan. India spent close to $3 billion to bolster the economic infrastructure in the war-torn country by helping build roads, dams, power lines, and other infrastructure. It also funded a highway linking Afghanistan's eastern border district to the Chabahar port in Iran, providing India with alternative access to landlocked Afghanistan and other Central Asian countries bypassing Pakistan. India's Afghan policy and its success both in the short and long term, thus hinged on the continuation of a non-Taliban government in Afghanistan. However, India's influence over Kabul heightened Pakistan's security concerns as it directly undermined Islamabad’s strategic depth doctrine. This approach seeks to provide Pakistan with leverage against India by having a secure Afghan frontier that allows the concentration of Pakistani troops on its western borders without having to worry about its long eastern border with Afghanistan. Moreover, India's close ties with the Afghan government gave it unprecedented coercive leverage over Pakistan. With any attack on its soil by Pakistan-backed terrorist groups, India could now credibly threaten to whip up trouble in Pakistan's Baluchistan province using its assets in Afghanistan. The Taliban's return to power thus signifies a severe strategic setback for New Delhi.

The Taliban takeover has left India scrambling for options to mitigate its losses. Since the beginning of peace talks in Doha in 2018, India adopted a policy of ‘wait and watch’ as it did not expect the Taliban to uphold the peace deal or make such rapid gains. While other regional players like Russia and China began engaging with the Taliban, India continued to support the US-backed Afghan government. The memories of the Taliban's support to the hijackers of Indian Airlines flight IC 814 in 1998 continued to fuel India's deep mistrust of the Taliban. The Taliban, for their part, were also not keen to engage with India as they remained highly suspicious of New Delhi, given its deep ties with the Taliban's main rival, the Ghani government. Moreover, Pakistan also ensured that India remained a peripheral actor in the peace negotiations and is likely to forestall any thawing of ties between the Taliban and India.

The Taliban's assumption of government in Afghanistan has thus raised serious regional and internal security anxieties for India. During the Taliban's previous stint ruling the country between 1996 and 2001, southern Afghanistan developed into a base for anti-India groups like Jaish e Muhammad (JeM) and Lashkar e Tayyeba (LeT). Like other countries in the region, India is now concerned that Afghanistan under Taliban 2.0 will again become a base for militant groups operating in Indian-administered Kashmir. Indian security officials fear that the thousands of incarcerated fighters freed from prisons during the Taliban takeover of Kabul may become potential recruits for these militant Islamist groups. Unconfirmed reports in Indian media suggest that JeM has already recruited hundreds of such freed prisoners. Some analysts say that the Taliban's victory could infuse new energy into militant groups operating in Kashmir, which is already seething with anger after the Indian government stripped it of a special autonomy provided by the Indian constitution. Syed Salahuddin, leader of prominent Kashmiri militant group, Hizbul Mujahideen (Party of Holy Warriors), called the Taliban victory 'glorious' and predicted that the 'Holy warriors of Kashmir will defeat India in the same manner.’

While India's presence in and influence on Kabul decreased drastically, its strategic rival China has made significant gains in Afghanistan. China's growing influence was visible when Taliban leaders described Beijing as one of Afghanistan’s most important neighbors and showed a willingness to join its Belt and Road initiative. China, for its part, promised $31 million worth of humanitarian aid to ease the Taliban's burden of providing food and medicine to thousands of internally displaced Afghans. China's emergence as a key strategic player in Afghanistan and its historically deep ties with Pakistan will only add to New Delhi's geopolitical woes.

The Taliban takeover of Afghanistan thus comes as a strategic shock for India. Currently, it seems that New Delhi has very limited options to secure its interests in Afghanistan. A hostile government in Kabul has immense implications for India's economic and strategic interests in the region. Though the Taliban have assured India that it won't let Afghan soil be used for anti-India activities, New Delhi will remain circumspect of these promises given the Taliban's history and its ties with Pakistan.